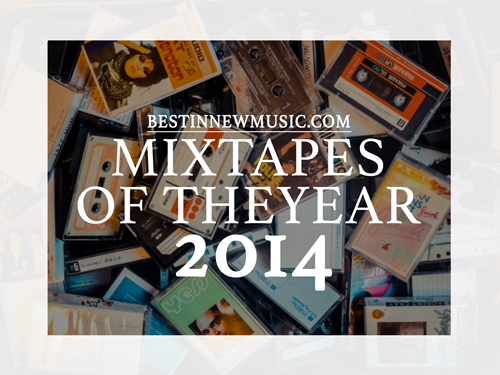 The more categories and genres I cover, the harder it becomes to compile end of year lists. The Best Mixtapes of 2014 list is a case in point. What used to be a mixtape in previous years is now an EP and artists are now even releasing full length projects for free but calling them albums. Confusing eh?

The mixtape is something that has been pretty much dominated by Hip Hop in the past, so it is no surprise that finding good mixtapes was hard in a year when Hip Hop was off its A game. But it’s my job as a music blogger to sift through the shit and bring you the best bits. I did ask for your help but only got three votes for this category – one was for an album, one was a rubbish mixtape and the other’s been included.

Has anyone got through Lil B’s 101 track mixtape yet?

The thing that I hate about Pop music is it often feels contrived and predictable, with most of it sounding the same. Bayou’s interpretation of the genre is none of those things and that is what makes it so so good. Loopback‘s production definitely has an experimental feel to it, but not so much that the music is hard to enjoy. Bayou’s Loopback is wonderful and it’s out now on iTunes and Google Play.

Kehlani – CLOUD 19
Good mixtapes were hard to find in 2014, so it’s a shame that Kehlani’s CLOUD 19 didn’t get more recognition than it did. The California based singer’s mixtape is RnB music at its best, “FWU” is well worth a listen as is “Get Away”.


Neon Hitch – 301 To Paradise
301 To Paradise was a fine example of Neon Hitch’s talent but unfortunately after suffering problems with her label she is now an independent artist. She has recently started campaign to raise support for her debut album Eleutheromaniac, which you can support on Indie Go Go. Hopefully her album will surface soon as this mixtape is a wonderful mix of Urban-Gypsy-Pop music. You can download 301 To Paradise on Dat Piff.

Raury – Indigo Child
“God’s Whisper” was Song of The Day earlier this year and it is easily one of the best songs of 2014. But Indigo Child is much more than that one song, the mixtape covers a wide range of genres including Folk, RnB and Hip Hop better yet Raury sounds great no matter if he is rapping or singing. His name is small but he’s got a big future ahead of him if he can continue to produce music of this quality. You can download Raury’s Indigo Child mixtape for free by clicking here.

Rich Gang (Young Thug, Rich Homie Quan & Birdman) – The Tour, Part One
While neither of the members could ever be considered as being anyhwere to close to whoever people think is the best rapper, it cannot be denied that Young Thug and Rich Homie Quan make good music. Birdman is nothing more than a mascot on the mixtape, rarely contributing more than adlibs. For all its failings though songs like “I Know It”, “Flava”, “Tell (Em Lies)” and “Freestyle” well worth a listen.

Sango – Da Rocinha 2
Da Rocinha 2 is a follow up to Michigan based producer Sango’s 2012 beat tape inspired by Brazilian music. Songs like “Baile Somebody” show that the mixtape is much more than Brazilian samples over Hip Hop beats, Sango is a fine producer. It would be great to hear more vocal tracks with Sango’s production in 2015 though. You can download Da Rocinha 2 from Sango’s Bandcamp page.

Wale X A-Trak – Festivus
I’m one of those people that prefer Wale before he was signed to Rick Ross’ Maybach Music imprint. While his new mixtape isn’t exactly a return to that sound, Festivus is still a rare thing – a good Hip Hop mixtape from 2014. “Loyalty Dew Baby” and the Chance The Rapper assisted “Friendship Heights” are particularly good.

Best In New Music’s Best EPs of 2014 will be posted very soon, stay posted to Twitter, Facebook, Tumblr or Shuffler. 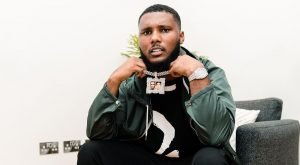 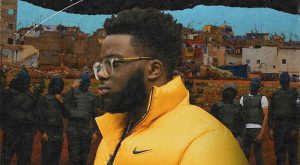 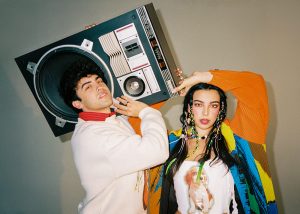