Ghetts shares the video for “IC3”, his empowering new single featuring Skepta. The song touches on themes of racism and black pride, with ‘IC3’ being the code that is used by British police to identify black males. Not only is it great to finally see two Grime legends finally collaborate but also that the result is something as good as this. “IC3” is out now on Apple Music and Spotify. You can watch the pair’s live performance of the song at BBC 1Xtra Live 2020 here. 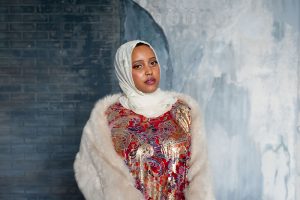