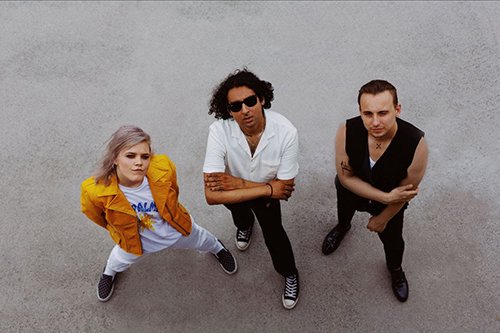 It’s been quite the journey for BLOXX, their new single “Lie Out Loud” was the last song that they wrote for their forthcoming debut album. It almost didn’t make the cut – the band went from, “arguing over whether or not ‘lie out loud’ made any sense,” as frontwoman Fee Booth put it. To making it the title track of their debut album and track number 1 on the album. BLOXX’s debut album Lie Out Loud, will be released on August 14th via Chess Club Records. BLOXX’s new single “Lie Out Loud” is out now on Apple Music and Spotify, you can watch their animated video for it below.