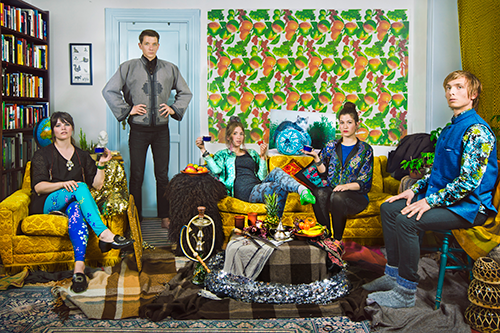 Broen’s debut single “Iris” is a unique one, starting out with it’s brash in your face guitar lead intro that opens up into a beautiful track that’s part Indie-part Pop. The song is about being in a relationship but being jealous of your spouse. The Norwegian band’s vocalist Marianna Røe mentions the typical scenario, “when you start getting paranoid and doubting everything they say; listening in on the phone and thinking you can hear someone in the background. And then you’re like, ‘Oh wait a second, I didn’t speak to you last night. Where were you?’ All these stories that we make up in our heads that are usually so far from the truth.” It’s interesting to note that the song was written after a Beyonce concert, which the band returned inspired from. Broen are confirmed for a string of headline shows over summer, alongside festival billings at Roskilde (Denmark), Øya (Oslo) and Pstereo (Trondheim). So look out for them if you’re heading to any of those festivals.