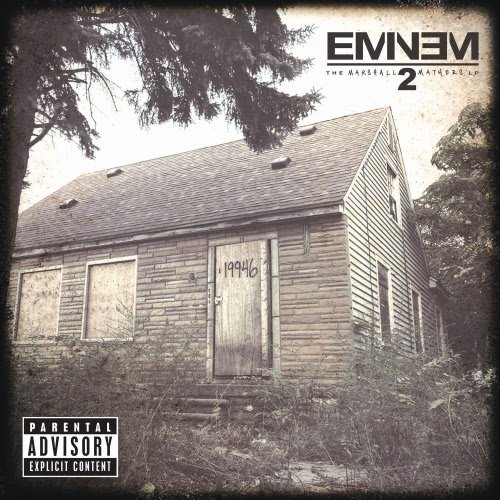 It’s been thirteen years since Eminem released The Marshall Mathers LP and alot has changed since then but one thing has stayed the same. Eminem has had an incredible run of seven number 1 albums in the UK. A feat matched only by The Beatles (whose record he’s equaled with his latest release)  and joint record holders Led Zeppelin and Abba. D12’s D12 World did top the charts in 2004, but that was a group effort and the focus here is on Marshall Mathers. Read on to find out whether The Marshall Mathers LP 2 is just another over hyped release or whether the album’s quality does actually justify the hype.

The ability to form complex rhyme schemes and the advanced use of similes if metaphors should be commended. This is an area that few have mastered in the world of music and yet Eminem sounds at ease when undertaking. But one must not forget; these are just two facets of songwriting and it is in this area as a whole that The Marshall Mathers LP 2 lacks. If radio friendly songs are what you enjoy then (surprisingly), this is something you should check out. Sure there’s a lot of offensive lyrics on the album but there’s a lot to enjoy if lyrical craft is your thing and you can look past Eminem’s trademark shock tactics.

“If you think you’re special, then your retarded” – Eminem on “Asshole”

Taking that into account, it is surprising that the album is focused on Pop music.  There are many Pop songs on the album, with a mixture of good (“Rhyme or Reason”), average (“Bad Guy”) and bad (“Survival”, “Berzerk”); with most of the Pop songs falling into the average or bad category.

The production on “Rhyme or Reason” is of the Pop music variety but the lyrics definitely aren’t! This mix is bound to generate huge success for the LP as it should satisfy both sets of Eminem’s fans. The Zombies’ “Time Of The Season” is probably not the top of the list of songs that you’d expect to be sampled by Eminem, but surprisingly (for what “Rhyme or Reason” is) the sample works. Providing an upbeat and playful backdrop for Eminem’s wordplay which is up there with any lyricist you can think of.

Although The Marshall Mathers LP 2’s lead single “Berzerk” samples two of the Beastie Boys’ classics, it is still an unashamed Pop song that is so bad it hurts. “Berzerk” is Eminem’s radio friendly first single that contains disses towards celebrities of the moment, such as the Kardashians. A strategy that Eminem has employed with his previous solo albums to great success.

There is only one featured rapper on this album (Kendrick Lamar on the awful “Love Game”) and the other featured guests are Skylar Grey and Rihanna. Long time collaborator and mentor Dr. Dre only has an executive production credit on this album, whereas he had a large hand in the production of the songs on Eminem’s previous albums. Which all helps to highlight the direction of the album: Pop!


A sigh of relief can however be released when “Rap God” comes around; although it is a seven minute long reminder that Eminem’s lyrical ability hasn’t been lost (yes you read that right: seven minutes!).  The song is a welcome break from the contrived cheeriness that much of the album’s Pop music brings.

“Sometimes I listen and revisit them old albums, often as I can
And skim through all them bitches to make sure I keep up with my competition” – Eminem on “Evil Twin”

Despite Rap God’s Trap influence and lyrical focus, “Brainless” is the album’s most out and out Hip Hop song. The beat is so gritty and is a hark back to Eminem’s early songs such as “Role Model”, Eminem’s supergroup Slaughterhouse would sound completely at home on this and would murder it too. Oh how good it would be to hear an Eminem album full of production like “Brainless” has and Eminem’s word play is on point. Eminem claims to have “out sold the sell outs,” considering that Eminem has actually outsold most recording artists that is something no one can argue with – even if it does seem a little ironic on an album full of Pop songs by a rapper.


The most extreme Pop song on the album is “Stronger Than I Was”, a song on which Eminem opted to sing on rather than rap (for the majority of the song). You have to hear it yourself but, I’m sure that it will be released as a single sometime soon. The closest thing that I can compare it to is “Toy Soldiers” with Eminem singing on it.

It is surprising that, “Headlights”, a mesh of Country music and Hip Hop, is the album’s most touching and best song. The song sees Eminem apologise for attacking his mother in previous years, “Why we always at each other’s throats?/ Especially when dad, he fucked us both.” Hearing this is surprising considering the extent to which Eminem has gone to, to express his hatred for her in the past. That, the lyrics and Eminem’s emotional vocal tone make this a touching song to listen to, it almost sounds like a personal letter from Marshall to his mum.

“Never thinking about who what I said hurt, in what verse
My mom probably got it the worst
The brunt of it, but as stubborn as we are
Did I take it too far?
“Cleaning Out My Closet” and all them other songs
But regardless I don’t hate you” – Eminem on “Headlights”

IN SUMMARY
If Pop music is your thing and you’re not adverse to explicit lyrics then The Marshall Mathers LP 2 will be right up your street. But if it isn’t then this is an album that you are unlikely to enjoy. Some have Eminem down as the best rapper, some even have him down as the best rapper of all time. This album does little to contribute towards that argument but one thing’s for sure; this is not album of the year, nor is it a good album.

Eminem’s The Marshall Mathers LP 2 is out now on iTunes and you can stream it on Spotify. 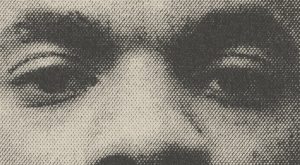 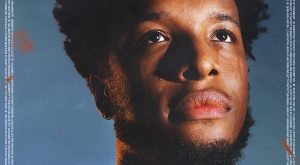 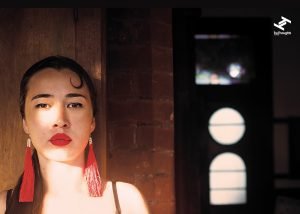