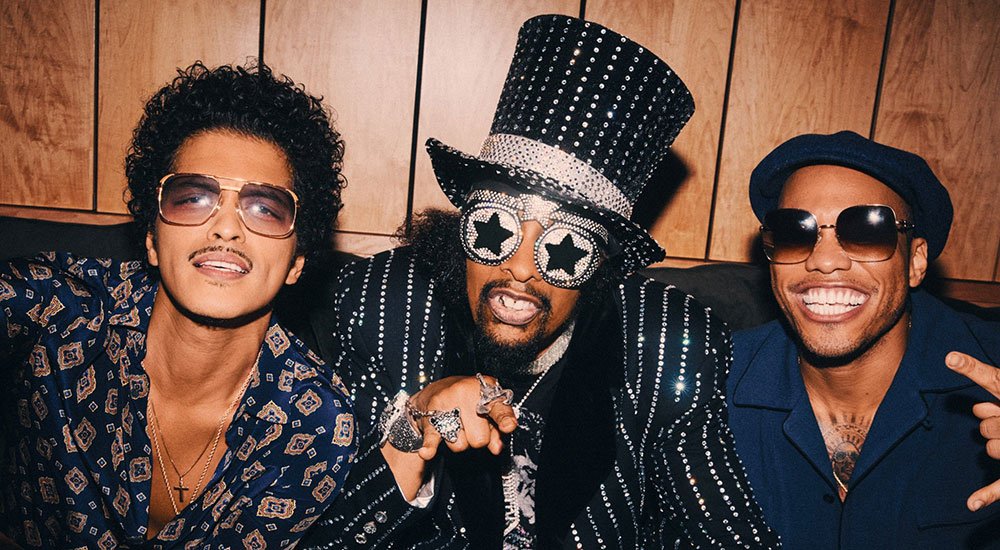 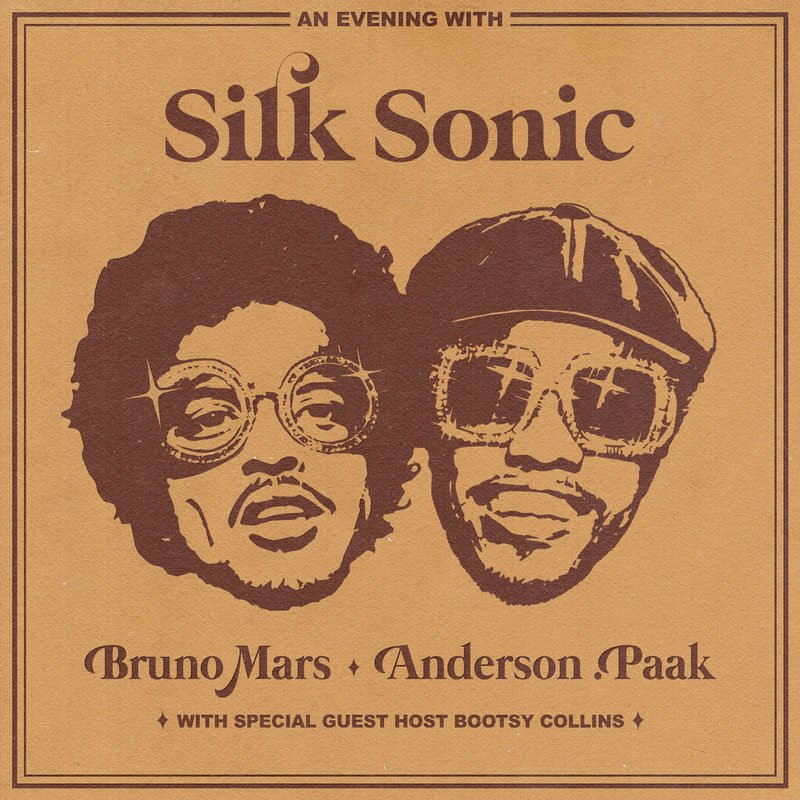 In 2017 Anderson .Paak was opening for Bruno Mars on the European leg of his 24K Magic World Tour. During the tour they had a jam session and their chemistry was immediate to see. Just before the pandemic hit on Anderson’s 25th birthday, the pair hit the studio. That ended up being a month long studio session and the duo was born.

They experimented with a number of different names including Robocop Funk, Kinkistadores, The Lava Lamps and The Atlantic Stars. It wasn’t until legendary musician, singer and songwriter Bootsy Collins called them Silk Sonic that they settled on a name. They are in good company as Bootsy also named 12 time Grammy Award winning singer, songwriter and record producer Babyface.

The album includes their previous singles “Leave the Door Open”, “Skate” and “Smokin Out The Window”. As well as Bootsy Collins, the album also features Thundercat. It’s a fun and funky throwback to 70s Soul that the pair describe as being, “setlist of doom.” An Evening With Silk Sonic is out now on Apple Music and Spotify, you can listen to it in full below.