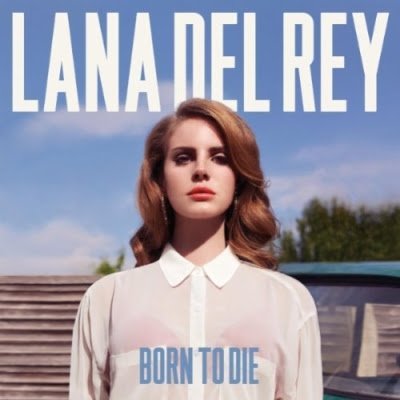 In recent months Lana Del Rey has gone 360, from being one of the most loved new acts to being at the end of a bitter back lash (because Lana Del Rey is not her real name and Born To Die isn’t really her debut album). Lana Del Rey’s performance on SNL added more fuel to the fire that is the internet’s love/hate affair with Lana. Was the back lash justified? Did Lana Del Rey silence her critics or were the haters right in the end? Read on to find out.


Although it seems dark and bleek “Born To Die” is the album’s best song and is a great opener to the album.

The opening lyrics on “Radio” sound like a shot at the naysayers and critics who have been quite harsh on Lana Del Rey:

Not even they can stop me now
Boy, I’ll be flying overhead
Their heavy words can’t bring me down
Boy I’ve been raised from the dead

“Video Games” was a great introduction to Lana Del Rey and set the ball rolling for her recent rise to stardom. It is one of the few standout moments on Born To Die and still sounds as good as it did the first time I heard it.

“Carmen” is a story about a girl who leads a double life; singer by day and prostitute by night.

Baby’s all dressed up, with nowhere to go
That’s the little story of the girl you know
Relying on the kindness of strangers
Time and cherry marks while doing party favours
Put your red dress on, put your lipstick on
Sing your song, song, now, the camera’s on
And you’re alive again

The song has been compared to The Police’s  “Roxanne”  but the similarities end with fact that both songs address the a similar subject matter.  “Carmen” is told in third person and “Roxanne” was told from Sting’s point of view and it felt as if he was speaking to the woman concerned directly.

It was the bloggers and various media outlets that hyped Lana Del Rey, so it is themselves that they should blame rather than attacking her. She wasn’t the first and definitely won’t be the last artist to perform under a moniker or to fail at the first hurdle so get over it if you haven’t already. Yes, Lana’s performance on SNL wasn’t the best, but she’ll learn from that–I hope!

HIGHS:
“Born To Die”
“Video Games”
“Summertime Sadness”
“Off To The Races”

In Summary:
All in all Born To Die is not a bad album, but it’s fair to say that there are not enough good tracks to make me recommend it. The album has a dark mood and Lana seems to have a thing for the bad guy but unfortunately most of the album is fairly average and doesn’t live up to the quality of “Born To Die” or “Video Games”.

Rather than go with the traditional 10 or 5 point rating system, I’ve opted to go with my own system. It’s clear and lets you the reader know instantly how good an album, EP or mixtape is.

Avoid, is literal and any project with this rating is not worthy of your hard earned money.

Stream, such a project has some good songs but not enough to warrant buying the whole package. You’re better off streaming it and downloading the few songs that you like.

Recommend, projects with this award are good from beginning to end and will become a proud part of your music collection.

Critics can say what we want about Lana Del Rey and Born To Die but the people have spoken and it looks like she’s had the last laugh: