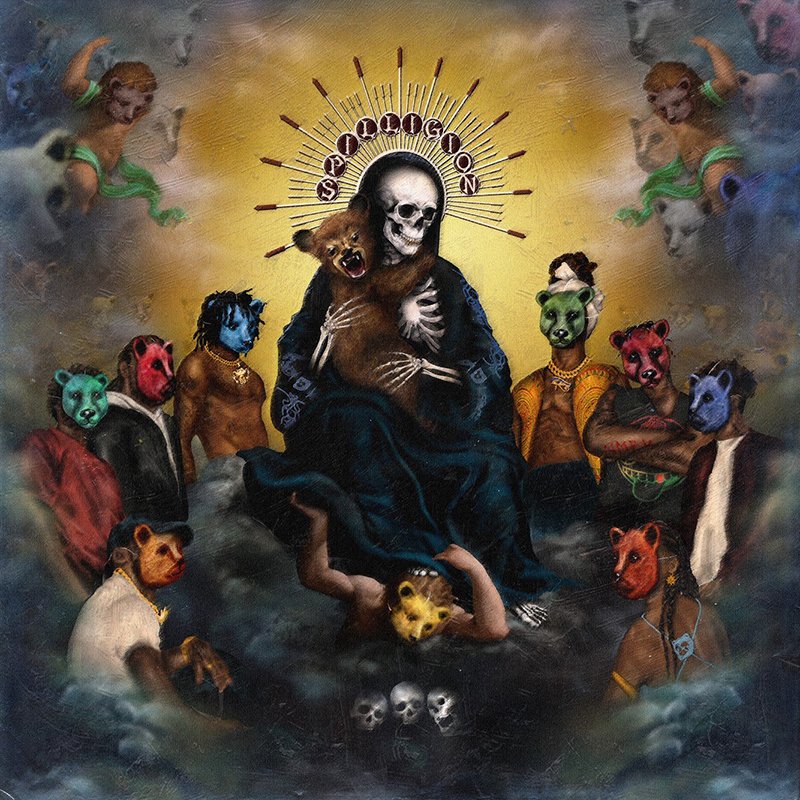 Spillage Village is a Hip Hop and R&B supergroup made up of 6lack, JID, EarthGang, Hollywood JB, Jurdan Bryant, Mereba and Benji. They have drawn comparisons to the Soulquarians, another supergroup which included members such as J Dilla, Erykah Badu, Common, D’Angelo and Mos Def. However that group never released full length projects together, the group’s members were instead frequent collaborators with each other. Spillage Village have just released their first new album four years, Spilligion. It includes “End of Daze”, “Baptize” and latest single “Hapi”. The album also includes features from Chance The Rapper, Buddy, Masego and Lucky Daye. Spilligion is out now on Apple Music and Spotify, you can listen to it in full below.