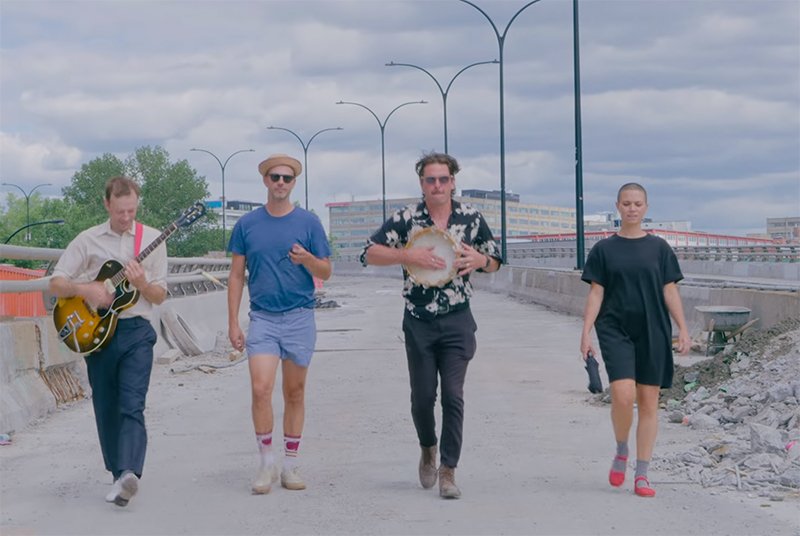 Montreal’s Plants and Animals share their surreal video to their new single “Le Queens”. The song came about after the band played with a sampler while not really knowing how to use it. The lyrics were inspired by an evening in Queens the band spent, “dancing among strangers, time moving backwards in slow motion and falling in love.” The video is paying, “tribute to the Quebec cinema of the 60s and 70s,” according to the video’s Director, Yann-Manuel Hernandez. The song is taken from forthcoming album, The Jungle, which will be released on October 23rd via Secret City Records; you can pre-save it now on Apple Music. “Le Queens” is out now on Apple Music and Spotify.