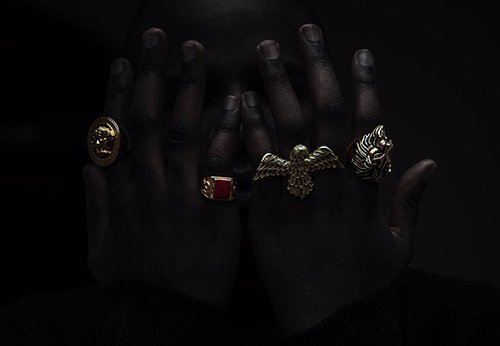 Damien Ike is an east London singer-songwriter, based in Shoreditch “via Hackney,” according to his soundcloud page. Even though he’s only released two tracks, the first of which was released in March 2015, he’s already already creating a sound that is truly his own. Debut track “Kingdom Come” has a big chorus – the type typically found in pop songs, but the percussive nature of the production gives it an indie feel. Hearing the song for the first time you’ll be surprised that the song wasn’t bigger than it is, radio stations would be queuing up to playlist something like this.

According to his Facebook page, Damien is influenced by, “the feeling of being overwhelmed.” So fame and celebrity should be something the singer takes in his stride and we should expect some of his best work when he becomes a household name. Musically speaking though, he is inspired by Adele and Amy Winehouse for the honesty in their music and the truth in their lyrics and he is a big fan of Tears for fears and is inspired by the epicness of their sound.

Damien has already worked with an esteemed musicians such as Sacha Skarbek (Adele, Lana Del Rey & Miley Cyrus), Rich Cooper (Josef Salvat) and David Kosten (Bat for Lashes, Everything Everything,Marina & The Diamonds). He has also seen support from the likes of SBTV, BBC 1Xtra, Complex, BBC Introducing, XFM, KCRW, Hype Machine and Amazing Radio in recent months. Damien is clearly on the rise and hearing his music, it’s easy to see why.