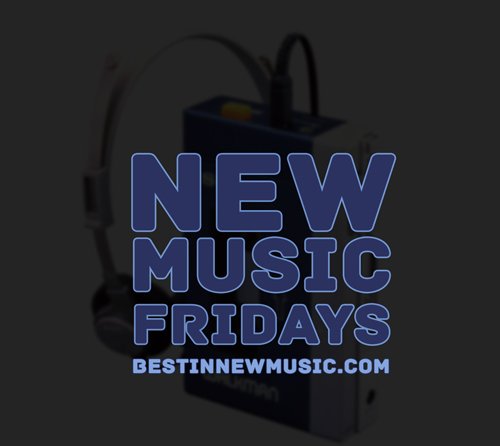 Up until now, music has been released on different days in various countries, from Mondays in France and the UK, Tuesdays in the US and Canada to Fridays in Australia and Germany. But from today (July 10th 2015) new music will be released on Fridays at 00:01 local time around the world. The move was implemented by record labels, retailers and artists internationally and was facilitated by The International Federation of the Phonographic Industry (IFPI). According to Billboard, “the conversation [was] instigated in part by Aussie piracy and Beyonce’s surprise release in December of 2013.” Interestingly while they were all able to agree on an aligned worldwide release date, they haven’t been able to agree on a name for the initiative which is being referred to as Global Release Day by some and New Music Friday by others. According to FPI CEO Frances Moore, “[July was chosen to launch the scheme] to make sure that any glitches in the system were dealt with over the summer period,” ahead of the key fourth quarter sales period.

According to the Official Charts Company consumer research shows that, “when asked what day they most wanted to access new releases, fans overwhelmingly preferred the start of the weekend (i.e. Friday and Saturday).” They also point to the fact that consumers have more time to go shopping on the weekend than weekdays and Friday is a peak day for social media activity.

While the majority of music will be released on Fridays, it must be noted that, “there will always be exceptions to the rule,” as newmusicfridays.com puts it. For example, Meek Mill who is currently number 1 in the Billboard charts, released his album on a Monday even though the normal release date in the US was Tuesday.

Liam Gallagher’s reaction to the news is perhaps the most interesting speaking to NME he said, “Some fucker has focused group that in a room somewhere to maximise some amount of record sales.” Before adding, “Unfortunately it won’t make shit albums any better, will it? They’ll still sound shit on a fucking Friday.”

When I started buying music, I would buy it on a Friday after school as I would then have ample time over the weekend to listen to it and enjoy it. So I can kind of see where the IFPI is coming from. It was also annoying that although an album had been released in the UK (on a Sunday/ Monday), I’d have to wait for it to be released in the US (on a Tuesday) before I could listen to it on Spotify. It seems that this move will just turn the tables and it will be the US fans that now suffer, they’ll now have to wait 5-8 hours to hear music that fans in the UK have bought and are reacting to on social media. I guess that’s an improvement on having to wait a day or two! North American TV broadcasters shift programme airtimes according to the local time zones, e.g. ET on the East Coast and PST on the west coast. Perhaps that would have been a more logical approach. Films have been released on Fridays for as long as I can remember and perhaps that had a big influence on this decision. Who knows. All that is certain is this week’s new albums have now been released. So head to your music store of preference to check them out. You can visit pro-music.org to find out more about the music services in your country.

In the UK The Official Singles Chart has been announced every Sunday afternoon since October 1987 but following the shift to Global Release Day, the chart show will move to 4pm to 5.45pm every Friday on BBC Radio 1. The midweek chart update will then move from Wednesday afternoon to its new slot on Mondays from 5.30 to 5.45pm on BBC Radio 1.

In the US, Billboard’s changes are a little more complicated but they amount to charts being refreshed each Tuesday morning starting July 14th. You can find out more information regarding Billboard’s new chart arrangements on billboard.com.