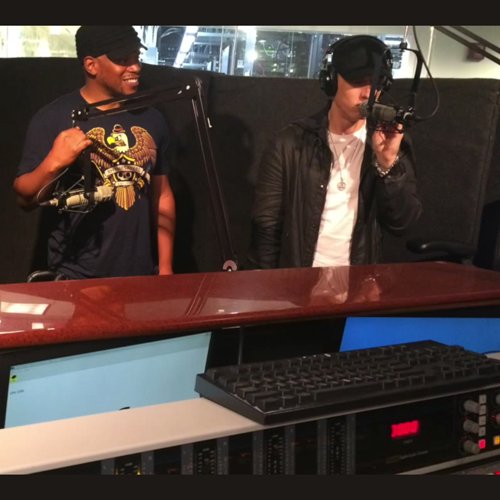 Eminem dropped by Sway’s Shade 45 radio show to promote the Southpaw soundtrack, which he executive produced. He also dropped a jaw dropping 8 minute freestyle, which in typical Eminem style features incredible rhyme skills and name dropped the likes of Caityln Jenner, Miley Cyrus, Donald Trump, Rita Ora and more. After the freestyle he seemed to be concerned at some of the things he said, stating that he “just say(s) shit just to say it,” before adding, “it’s very rarely personal.” Listen for yourself below. The Southpaw soundtrack will be released on July 24th and you can pre-order it now on iTunes and Google Play.