Keaton Henson is a name that has become synonymous with the East London indie art and design scene in recent years with his dark sketches of all-seeing-eyes and clothing range that features pictures of men with knives in their necks and nose bleeds. His art has been featured by clothing companies such as Blood Is The New Black and Topshop.

It was therefore a shock to hear his name being referred to as a musician. The intensely private artist wrote and recorded his debut album Dear in his bedroom, recording parts between planes taking off from nearby Heathrow Airport.

Keaton had no desire for the tracks to ever see the light of the day but when they did the phenomenal response seems to have stirred him enough to continue to make music.


His acoustic music is deep and dark, rarely picking up any kind of pace to ensure that the listener is hooked to every single lyric. His often weeping voice is soft and yet incredibly powerful, somewhat reminiscent of Jeff Buckley.

The shy nature of the musician is more than evident in his music. Keaton doesn’t really do interviews and by his own admission spends most of his time hidden in his bedroom. He also doesn’t do gigs. The closest that he’s come to doing a gig is by creating an art installation in which fans would put their head into a single dark hole to see him performing a single song from the album.

Tracks such as “Flesh and Bone”, “Charon” and “You Don’t Know How Lucky You Are” are hauntingly deep, it’s incredibly easy to pull lyrics from the tracks that just stick.

“And there is war, on the screen and it is cruel and unclean, but I still worry more about you”
“My bodies weak, feel my heart giving up on me, I’m worried it might just be, something my soul needs”
“Does he know, who you are, does he laugh, just to know, what he has.”

The artistic streak in Keaton has meant that, as would be expected, the various videos that have now come to accompany some of these songs are truly outstanding. His track Charon is coupled with a video that shows a puppet committing suicide for instance, whilst the video for You Don’t Know How Lucky You Are is simply one long shot of a traditionally dressed woman crying on the moors.


In an age of mass promotion and technology, Keaton is keeping it simple and relying on his creative abilities to do the talking.

His debut album Dear is out now on iTunes UK & iTunes US. 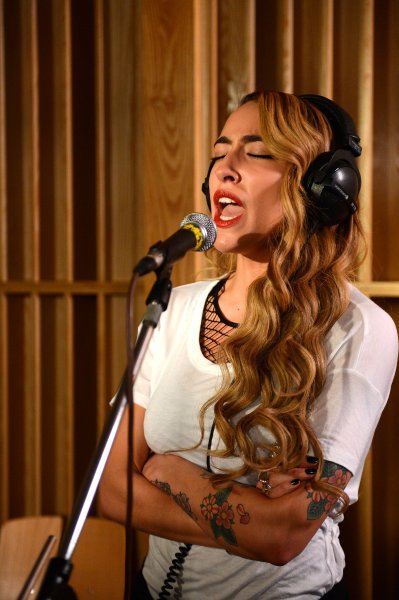