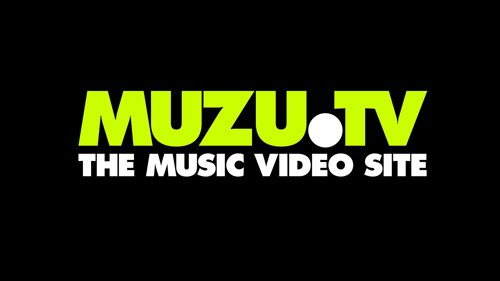 At Best In New Music our job is to sift through the piles and piles of new music that is released each day and bring you the best (and only the best!). So the good folks at MUZU.TV asked us to compile a list with our pick of new artists and tunes to watch out for. Since new music is our speciality we, gladly accepted the challenge!

Rita Ora – R.I.P. feat. Tinie Tempah
21 year-old London based singer Rita Ora is signed to Jay-Z’s Roc Nation imprint. She has already had a taste of success having featured on the UK’s first ever Drum & Bass Number 1 single, DJ Fresh’s “Hot Right Now “. She is now gearing up to release her debut UK single “R.I.P.” which was written by none other than Drake, features Tinie Tempah and was produced by Chase & Status and Stargate!
RITA ORA featuring Tinie Tempah – R.I.P. on MUZU.TV.

L Marshall – The Wait Pt. 2
Having written Loick Essien’s No.2 smash “How We Roll” and co-written Wretch 32 ‘s first UK number 1 with “Traktor”, L Marshall is ready to make some hits of his own. “The Wait” Remix is a taste of what he has to offer and what we can expect from this talented singer/ songwriter.
L Marshall – The Wait on MUZU.TV.

J. Cole feat. Missy Elliott – Nobody’s Perfect
Grammy nominated rapper and producer, J. Cole was the first signee to Jay-Z’s label Roc Nation. His debut album, Cole World: The Sideline Story, was released last year and debuted at number 1 on the US Billboard charts. J. Cole has toured with Rihanna and Drake and has even worked with both Jay and Beyonce!
J Cole featuring Missy Elliott – Nobody’s Perfect on MUZU.TV.

Plan B – ill Manors
Before he released his soul album, The Defamation of Strickland Banks, Plan B was known as a rapper/actor and he has returned to his roots with his new single “ill Manors”. The song is the title track to Plan B’s new film which he directed and addresses the issues surrounded last summer’s riots. “ill Manors” proves that Plan B definitely hasn’t lost it!
Plan B – ill Manors on MUZU.TV.

B.Traits – Fever
“Fever” is the debut single from Canadian born DJ and record producer, B. Traits. It is a brilliant feel good record with reminiscent of 90’s Dance music; a welcome contrast to Dubstep. I haven’t heard a lot from her but based on what I have heard I can say that she is definitely one to watch.
B.Traits – Fever on MUZU.TV.

Usher – Climax
It’s been more than 2 years since the multiple Grammy winning and multimillion record selling Usher Raymond released an album. His new Diplo produced single “Climax” is a taste of what’s to come and proof that the hits won’t stop coming from Usher.
Usher – Climax on MUZU.TV.

Click here to read the original article on Muzu.TV.