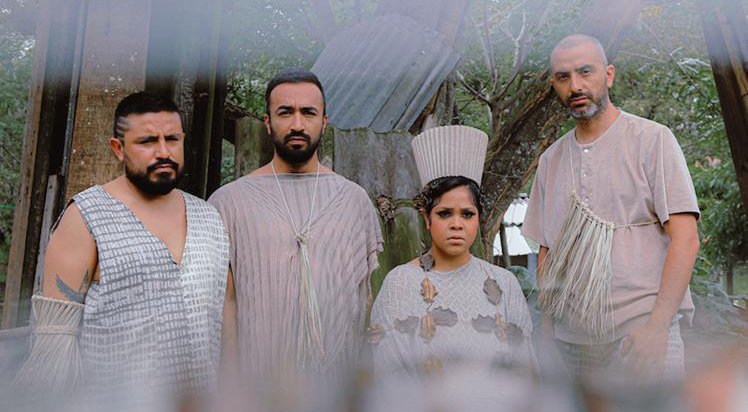 “It’s been a year full of change, from a deep personal level and on a global scale,” explains the band’s bassist Prince of Queens. “‘Mujer Jaguar’ is an explosive and cathartic track moulded from the energy and emotions we absorbed throughout that time,” he adds.

It was filmed and produced in Cali, Colombia at the beginning of the national uprising. “It’s a nod to the strength of our youth,” the band add. “A new fearless and forward-thinking mind, whose nonconformity with our socio-political status fills us with hope.”

I don’t think that I’ve ever heard anything like this. If Santigold made Dub music and blended it with Punk then you may get something that sounds similar. The video too is a simple but extremely powerful and evocative. “Mujer Jaguar” was an easy choice for Song of The Day, it’s out now on Apple Music and Spotify.