Shade Ray (formerly known as Marine) are a London based female Alt Rock band. They describe their sound as including, “influences of jazz, doowop, soul, grunge, hip hop and psychedelia with a defiant punk heart at the centre.” Today the trio have released their splendid new single “Emperor” which you can listen to below. “Emperor” is out now on Apple Music and Spotify. 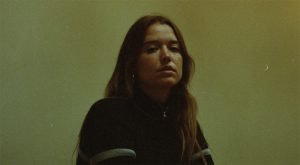